The development of the electric utility began in 1893 when a group from Mexico, Missouri, was granted a 20-year franchise to operate an electric light plant in the City of Marshall. This was purchased in 1911 by Missouri Gas and Electric Service Company.

The franchise expired in 1913 and the Company requested that a new grant of rights be approved by the people. The Council agreed on the basis that the Company expand and upgrade the present street lighting system. Soon it became evident that an agreement could not be reached on a "reasonable cost." 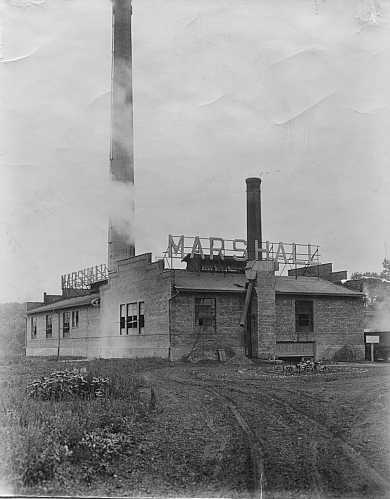 It was then that a group of civic-minded citizens approached the Council demanding an election for a bond issue to build a municipal light and power system. After two unsuccessful attempts, finally in 1916 the people passed a bond issue to purchase the existing company. Many legal battles, injunctions, a World War, and other difficulties ensued before the electric power plant was started and had taken over all electric service in Marshall by early 1920. Si McDonough became the Distribution Superintendent in 1920 and held the position until his retirement in 1964. During this period, Hubert Hinton worked his way through the ranks from lineman in 1926 to Utilities Superintendent in 1949. He was in charge of the Utilities until his retirement in June of 1980. 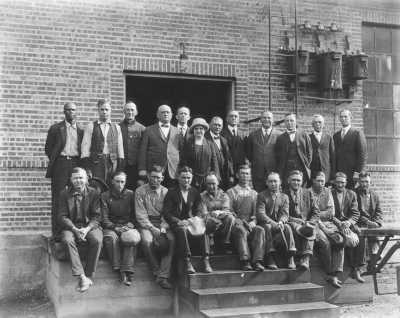 Through the years, increased expansions have been made to the existing plant and more equipment has been purchased to keep up with the ever increasing demand for electricity.

Marshall has always been very proud of its street lighting system. In the 1920's, it was referred to as the "Great White Way" and Marshall was known as Missouri's best lighted city. It was stressed that "this illumination enhanced the beauty and attractiveness of the city, provided protection to those who went abroad at night in the line of duty, to worship, or in the pursuit of entertainment; created a favorable impression upon visitors and strangers within our gates; and prevented crime and immorality."